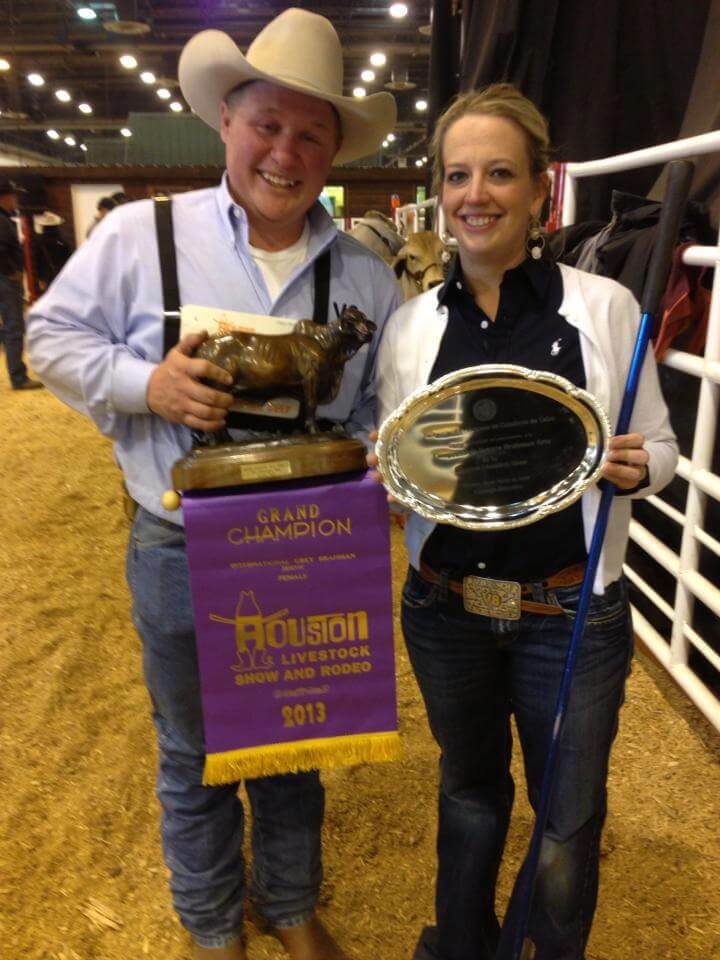 In March 2013, we exhibited our first International Champion Female as a married couple, with +Miss V8 382/7. This female was actually bred by Jeff Smith, and Brandon purchased half-interest in her as a embryo. When we got married, Mr. Jeff gave us his and Mrs. Tammy’s half as our wedding gift. 382 came over to Texas with Brandon as an unbranded weaned heifer calf. My grandfather, Sloan Williams, allowed us to put his brand on her. She went on to win Houston, and is the dam of Boom Shaka Laka, and the granddam of the 2020 Houston Grand Champion Female.

By this time, Mr. Jeff had been called to heaven. As you look in the picture, you can see there are tears in both of our eyes. We have felt that Mr. Jeff has been one of our guardian angels in our family and in our marriage. There was no doubt he was with us that day in Houston as “his heifer” was named Grand Champion.