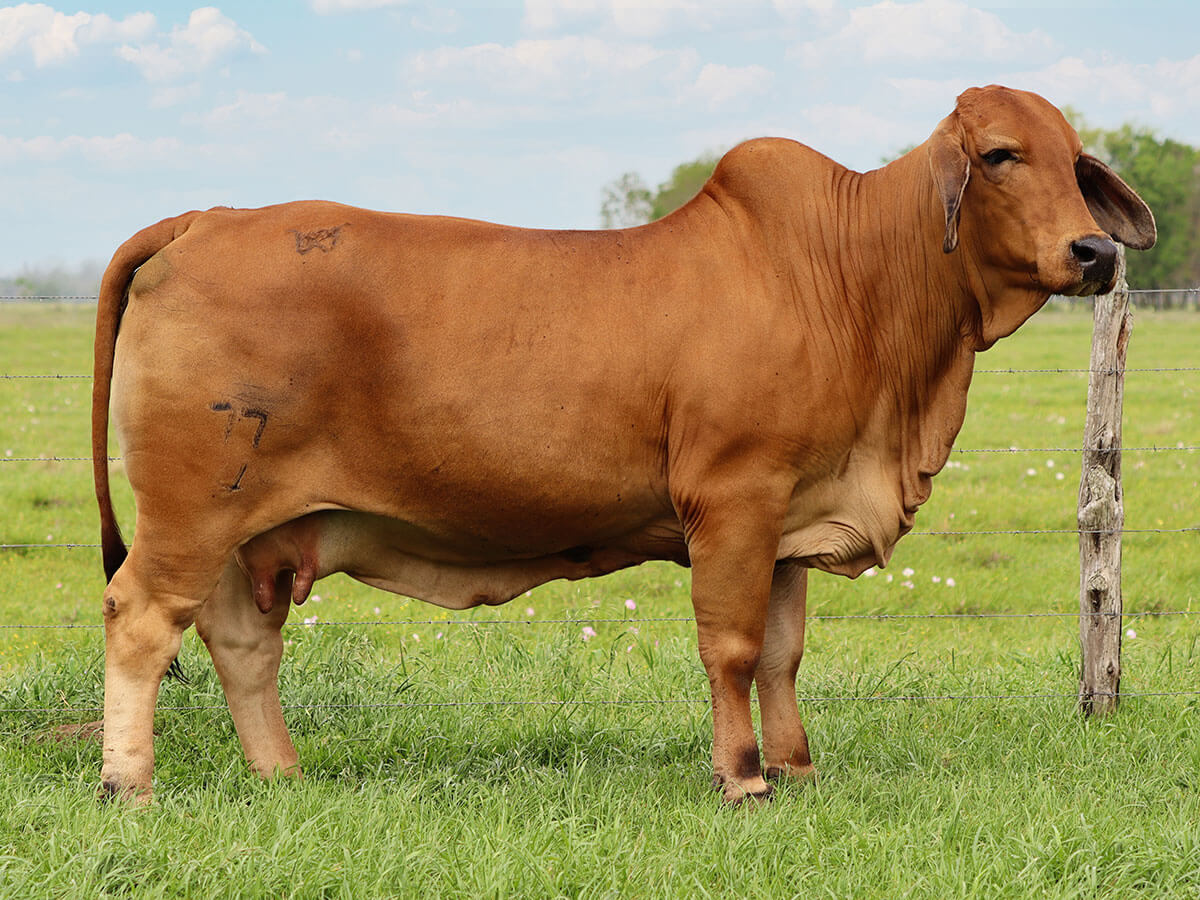 So it all started at Houston in 2015....
Brandon was working the weights and measures line for the ABBA. He was a member of the show committee. During a break, he told Rachel: “Man, Stuart has a really nice red heifer, I really like her.” That was it, and Brandon went back about his business.

Well, when you have a wife who loves cattle as much as you do, sometimes this is a good or a bad thing. Rachel went straight over to the Watkins Cattle stalls. She, Brandon and Stuart are best of friends. She asked Stuart to sell her half interest and she could surprise Brandon. Stuart made us promise that the first flush we would breed her to 380. The deal was made!

When Blair showed the next day or so, she was named Reserve Division Champion. Brandon was thrilled and totally suprised! However, from here on out, anytime he tells Rachel he likes a heifer, he usually adds the statement, “That doesn’t mean I want you to go out and try to buy her behind my back....lol!”

Miss WCC Blair 77/4
We like to dabble in Red Brahmans, and fell in love with Blair when she was part of the Watkins Cattle Company show string. In Brahman breeding philosopies, WCC and BRC share a near identical focus. We like moderate, powerful, thick cattle that look good, and are functional. We believe that Watkins Cattle Company is one of the premier red programs in the world, and sought out to be partners with them on a great red female. Blair is actually a 50% red female, so this pedigree gives her versatility to work in both red and grey programs. 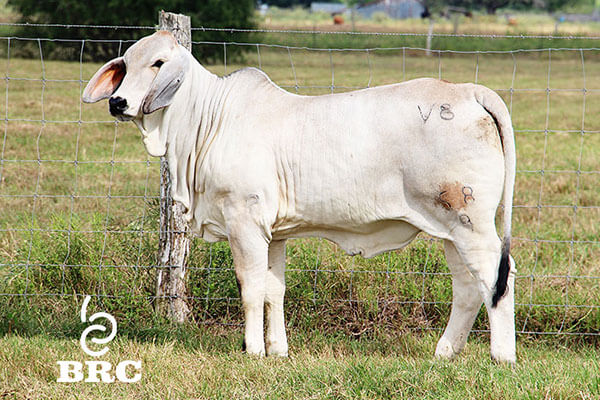