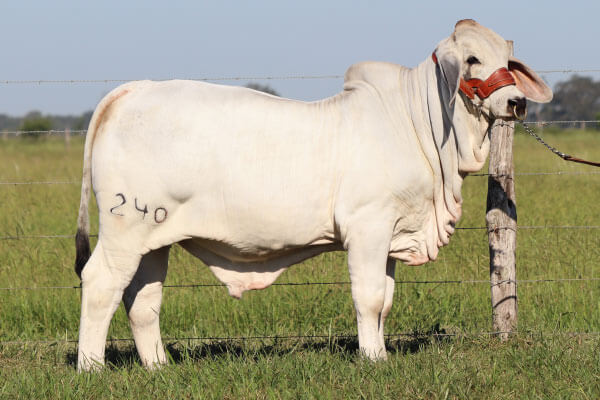 Demand for the “Modern American Brahman” has reached an all time high – so far – with the recent BRC “Best of the Spring Borns” sale commanding a $51,560 average valuation per head.

The sale was held October 18, 2022 through DV Auction and featured five half-interest lots. Bidders registered from all around the world.

BRC Havana Daydreamer, a daughter of BRC 160/8 and 775/7 was the top selling lot, with a valuation of $64,200. She, along with her full sister BRC Rock Me Mama 250 will be joining the donor battery of Finley Bros. of Florida.

BRC You Should’ve Known 235/1, another exceptional Noble daughter, was purchased by 5W Farms of Oklahoma. BRC Finders Keepers 240 was purchased by Israel Ramirez of California with ranching entities in Mexico.

This offering solidified BRC 160/8 as one of the dominating sires of modern times, with an average sale valuation of $44,000 per head.

Following this auction, BRC unveiled their spring born private treaty offering on October 21st at the “Night of Champions” event. BRC Shaka Rita 138 was the high selling female of that night’s activity for $35,000. That night, 19 other Brahman breeders selected BRC genetics to take to their respective home ranches.