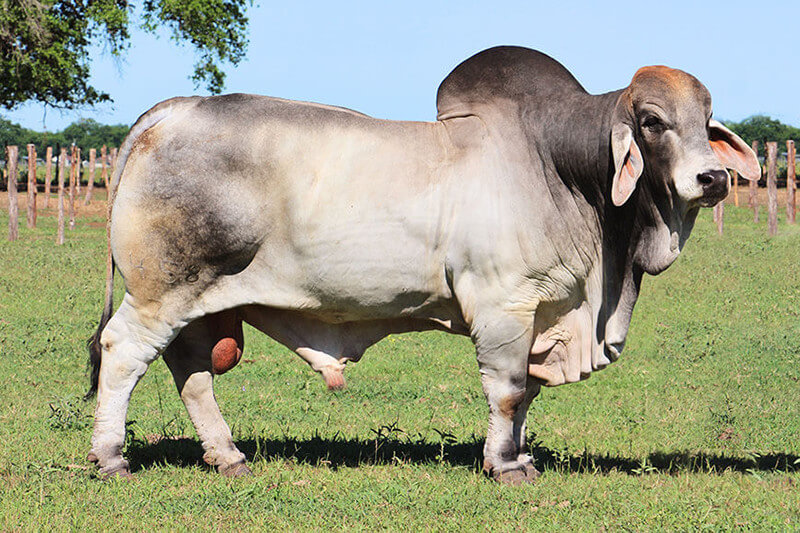 If you’re new in the Brahman cattle business, you’re probably wondering what are the best Brahman bloodlines to focus on in your herd. Since the breed has been around for over a century, there are many different opinions, and answers to this question.

At a very basic level, Brahmans came into the USA for two different purposes: beef, and novelty. As crazy as it sounds, think back to the days of where only Longhorns, and eventually Herefords and Angus roamed the range. Brahmans, which didn’t become recognized as a breed until 1924, were new, and different.

One of the most important importations of Brahman cattle arrived in the early 1900s from Brazil, and most of these cattle were used by J.D. Hudgins, which eventually formed the Manso and Imperator lines of cattle. These cattle were selected for beef.

Now, the novelty cattle. Also in the 1900s, a U.S. circus company called the Hagenbeck Circus imported Brahman cattle. They were used in the circus. These cattle eventually made their way primarily to the William States Jacobs herd, which is also another foundation bloodline that shows up in a lot of pedigrees. Mr. Jacob’s most well known and most widely used bulls were Quinca the Great and Optimus.

The distinction between the circus Brahmans and the beef Brahmans is what caused some breeders to include “Beef Type Brahmans” in their advertising. Even in the early 20th century, it appears there was a divide between the real world and ‘circus’ or ‘show ring’ lol.

If you’d like to learn more about historical Brahman bloodlines, we have put together a great educational webinar that’s on YouTube and available to watch. Watch Brahman Pedigree History video here.

Noble, who we are proud to have bred and raised here at BRC, is ranked by the American Brahman Breeders Association as the sire of the most champions in the USA Brahman show ring for 2022 and 2021. Noble is as son of JDH Elmo Manso 309, who is also extremely popular for a beef type focus. Noble has had over 600 progeny recorded in the ABBA and thousands worldwide.

Keaton Dodd, BRC’s Director of Genetics, completed his master’s degree research on Brahman pedigrees at Texas A&M University. His research focused on the most influential Brahman bulls of all time in grey pedigrees. His research found these bulls to be the most prevalent in Brahman bloodlines:

We are happy to help answer any questions you might have about Brahman history or pedigrees. Feel free to contact us for more information.